For the last few months our citizen science group have been very busy with two additional monitoring methods. Our group was selected to take part in a pilot study to measure bacteria levels in the river, levels of coliforms and in particular, E. Coli, a common gut bacteria. Methodology is still being refined and interpretation of the results is problematic, as confidence in the results is low at present, but there are also different guidelines to refer to, sometimes with conflicting definitions as to what constitutes safe levels. Work continues as our group continues to understand both the science and the state of our river. 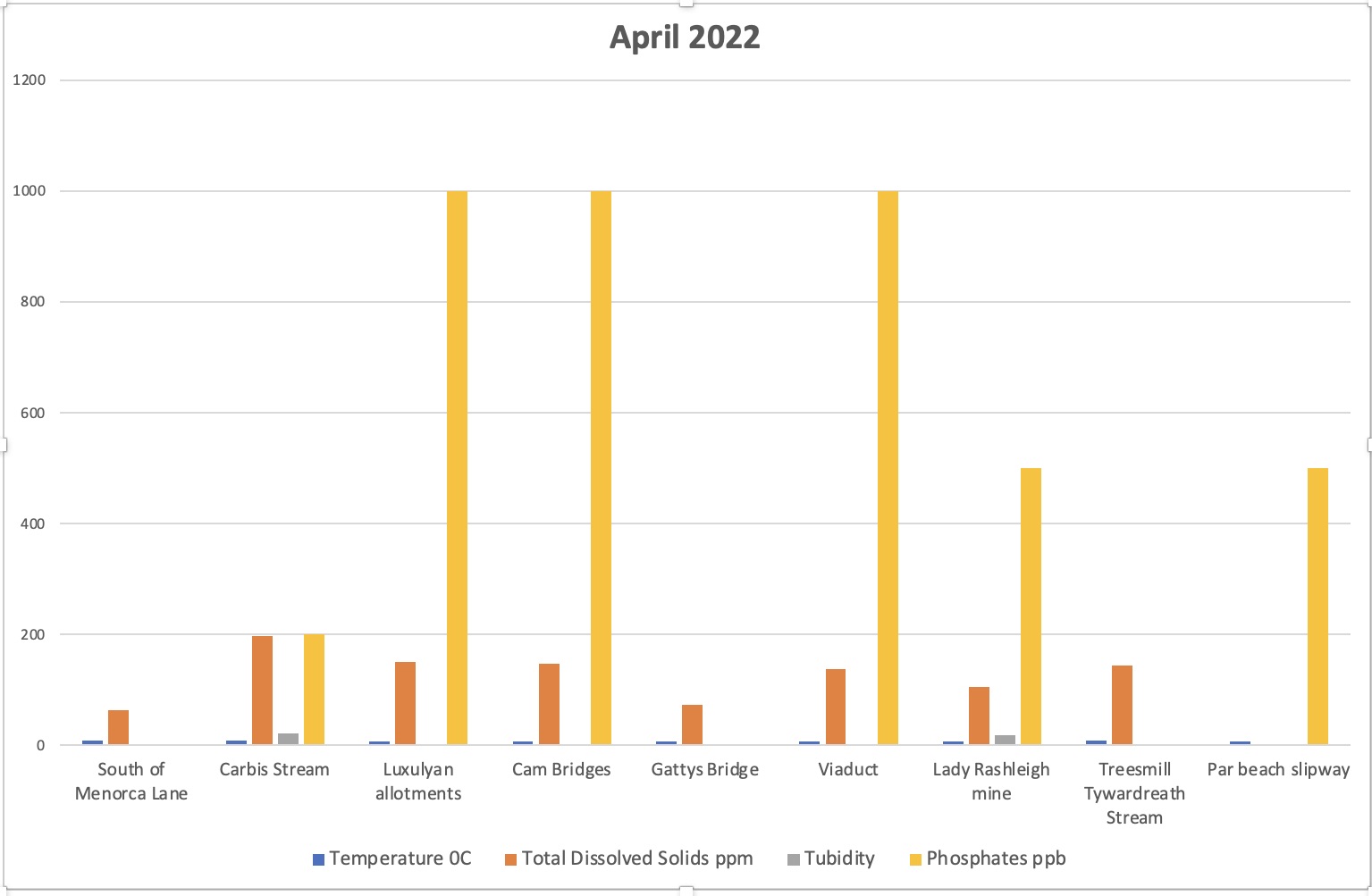 The Riverfly trigger level was exceeded. Otters and fish are present. There were observations too of other wildlife, including grey wagtails and pond   skaters. E.coli levels upstream from Luxulyan STW were deemed ‘Low risk; probably safe’. The tributaries (Treverbyn, Bokiddick and Tywardreath Marsh Stream) seem to be relatively healthy. Habitat improvement work was noted upstream from Lavrean.

Phosphate levels from Luxulyan allotments downstream were back to levels considered ‘Too High’ by the Westcountry Rivers Trust. E.coli levels         downstream from Luxulyan STW and at Lady Rashleigh Mine appear to be ‘High Risk/Unsafe’. Total Coliform levels downstream from Luxulyan STW and at Lady Rashleigh Mine are ‘Very Unsafe’. The Carbis Stream is still polluted with china clay and this is noticeable for a significant stretch between the monitoring point and Lavrean Bridge. Although the Riverfly trigger score was exceeded, two species were absent. The absence of Blue-winged olive may be due to seasonal factors, however not a single Mayfly larva was found. It could be that only riverflies that are most tolerant of impure water are present, with none that require clean water being present.

There is doubt about the responsiveness of the nitrate strips. Previously we have recorded scores of 10 ppm at most of the sites where this testing has occurred; however, the colour on the strip after testing appears identical to that when it is taken from the canister.The bacteria testing is being carried out with increased confidence and expertise, thanks to Joan Farmer. Many of the results are very concerning but we do not know what can be done to highlight and address this problem. While the results for E.coli seemed to support the idea that the source was Luxulyan STW, it was surprising to discover that Total Coliform levels were also high upstream of that facility.