Fathoming Phosphates - looking for the source 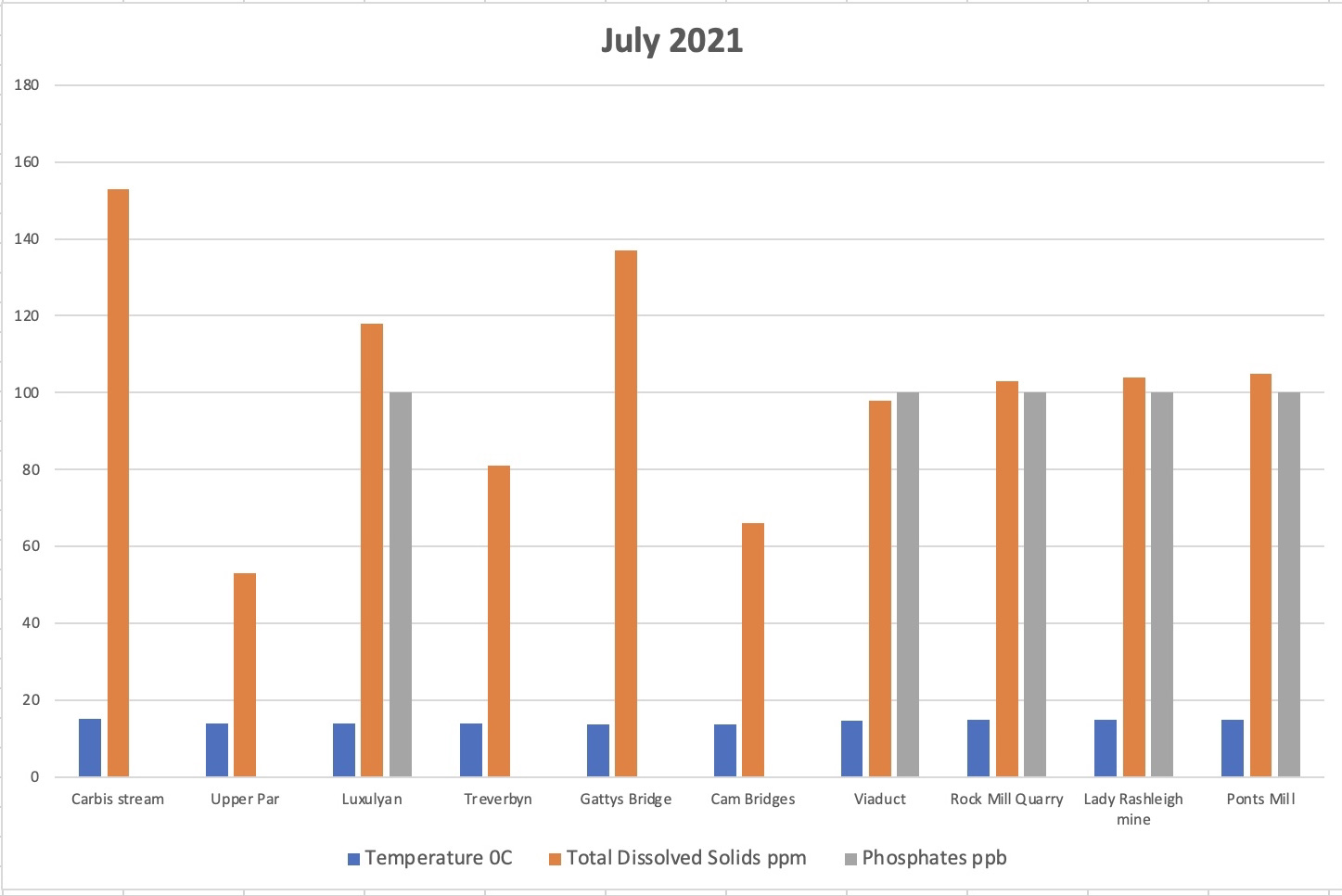 Although phosphate levels in the Valley were acceptable this month, the search for the source of the contamination continues:

This was selected because it is near the source(s) of the river, as well as being in an SSSI. The monitoring spot (south-west of Little Innisvath) is accessible, being on a public right-of-way. The river at this point, as well as downstream near Minorca Lane, is known as the Bissa.

Our group is still searching for the point at which phosphate levels become elevated near Luxulyan village. This stream (which has no name and indeed doesn’t appear on most maps) was selected because according to the Is My River Fit to Play In? website, there is a permit for sewage discharge.

There were no concerning measurements.

The group is interested in tributaries, so Veronica Jones chose this stream, which had not been monitored since 2017.

There were no concerning measurements.

It was 100 ppb immediately downstream of the Sewage Treatment Works. The source cannot have been the Tregarrick Stream because it joins the Par River upstream from Cam Bridges. The Beswetherick Stream could not have had an effect. Therefore elevation began near the allotments, grew significantly between there and Rosevale Gardens and was still too high by the SWW pumping station. The cause is still unknown.

The dilapidated pipe and outfall structure near the sewage pumping station has been mentioned in earlier reports. In this location high phosphate levels have been recorded, as well as water that looked unhealthy. Sewage contamination was considered a possibility although this group has never been definite about it. In response to our enquiries about the outfall, the following reply was received from South West Water:

'SWW do have a pump station at Luxulyan and under the terms of the Environment Agency (EA) permit SWW can discharge in an emergency, as described in the permit (see appendix) SWW were contacted by the EA on 19th May, the NGR the EA provided wasn’t near one of our assets, however Luxulyan SPS was checked via telemetry and was operating as normal. We also sent an operator to physically check the pumping station on the same day, he also reported that the pumping station was working as normal and hadn’t spilled and the water course the discharge drains to was walked and confirmed free of any discharge. This site does not have an Event Duration Monitor (EDM) installed but, as explained above, the levels and working status of the station is monitored electronically. If pump levels get high this would trigger an alarm and the site would be visited to see if/why the pumps may not be working. EDM monitoring is mostly installed on permitted storm water discharges. The discharge point is recorded in our records as being at SX 0504 5783. Thank you for the photos of the pipe and headwall, these have now been passed for repair. We have no record of advising that the asset is not SWW’s.' 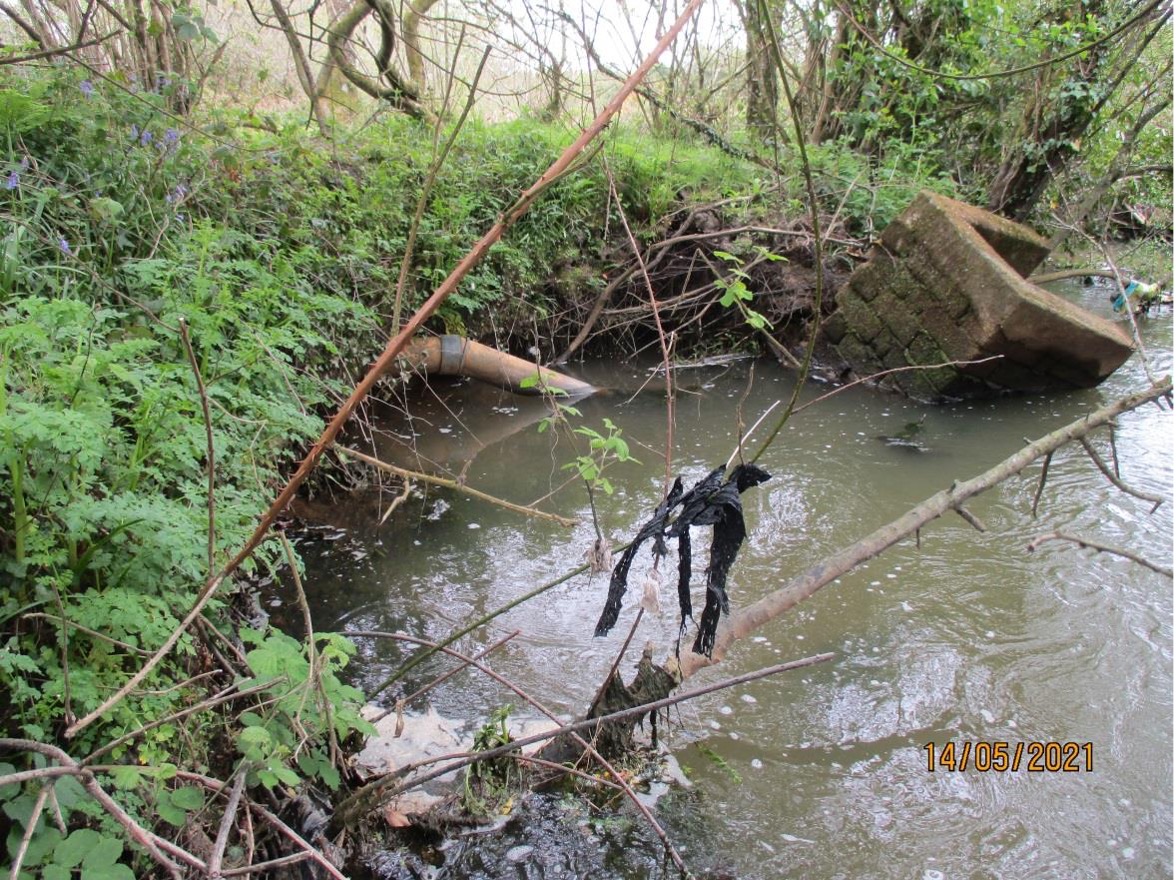 This suggests that SWW have no records of recent discharges. Nonetheless, something appears to be wrong at this point. It may be caused by something other than sewage. For example, the bank here has been severely eroded (the construction of Rosevale Gardens upstream may have distorted the flow, causing this) so that a small bay has been formed. Could this be point where anything passing down the river, such as debris or contaminants, collects, perhaps leading to high phosphate levels?