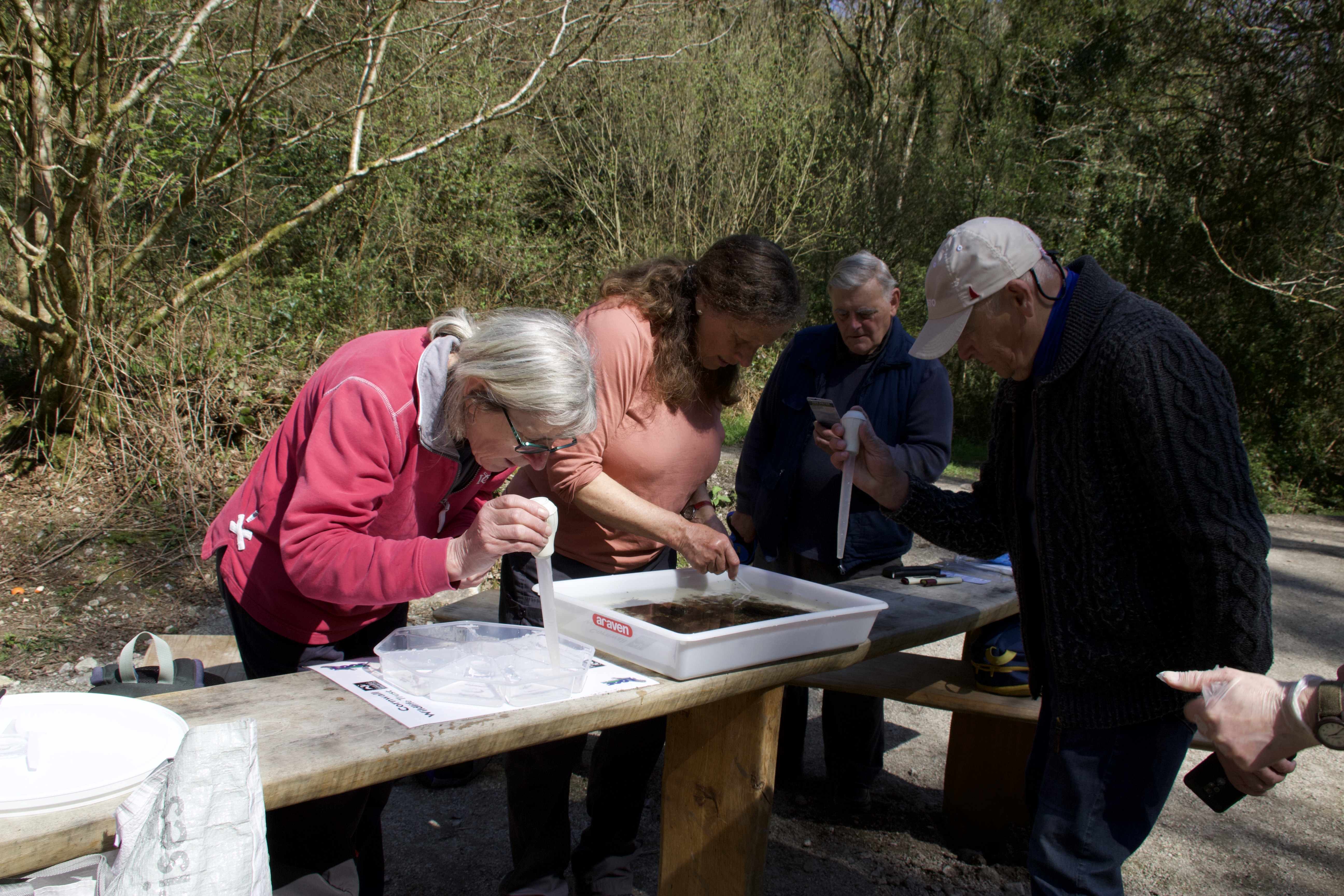 A day in the valley with surprises

A day in the valley with surprises

Another lovely day at the weekend so I took my dog Toffee for a walk down the lower path of the valley.  I wanted to explore a couple of features that I hadn’t visited before.  However, the day didn’t go quite as planned but as well as disappointments there were unexpected surprises.  I wanted to visit Rock Mill Quarry just over the river, through a portal below the main rail line.  Unfortunately, the pathway was in such awful condition that I abandoned entry after my dog sank to her belly in black mud.  Moving on from that we walked further along the pathway in the direction of Ponts Mill.  Where the path crosses the river there is a nice beach which I approached with Toffee so she could get some of the muck off her legs and belly which we did successfully.  However, it turned out that we were disrupting a monthly event managed by the “Friends” and for which I apologised.

There was a gentleman in the river with a net scooping up gravel and small rocks from the riverbed. 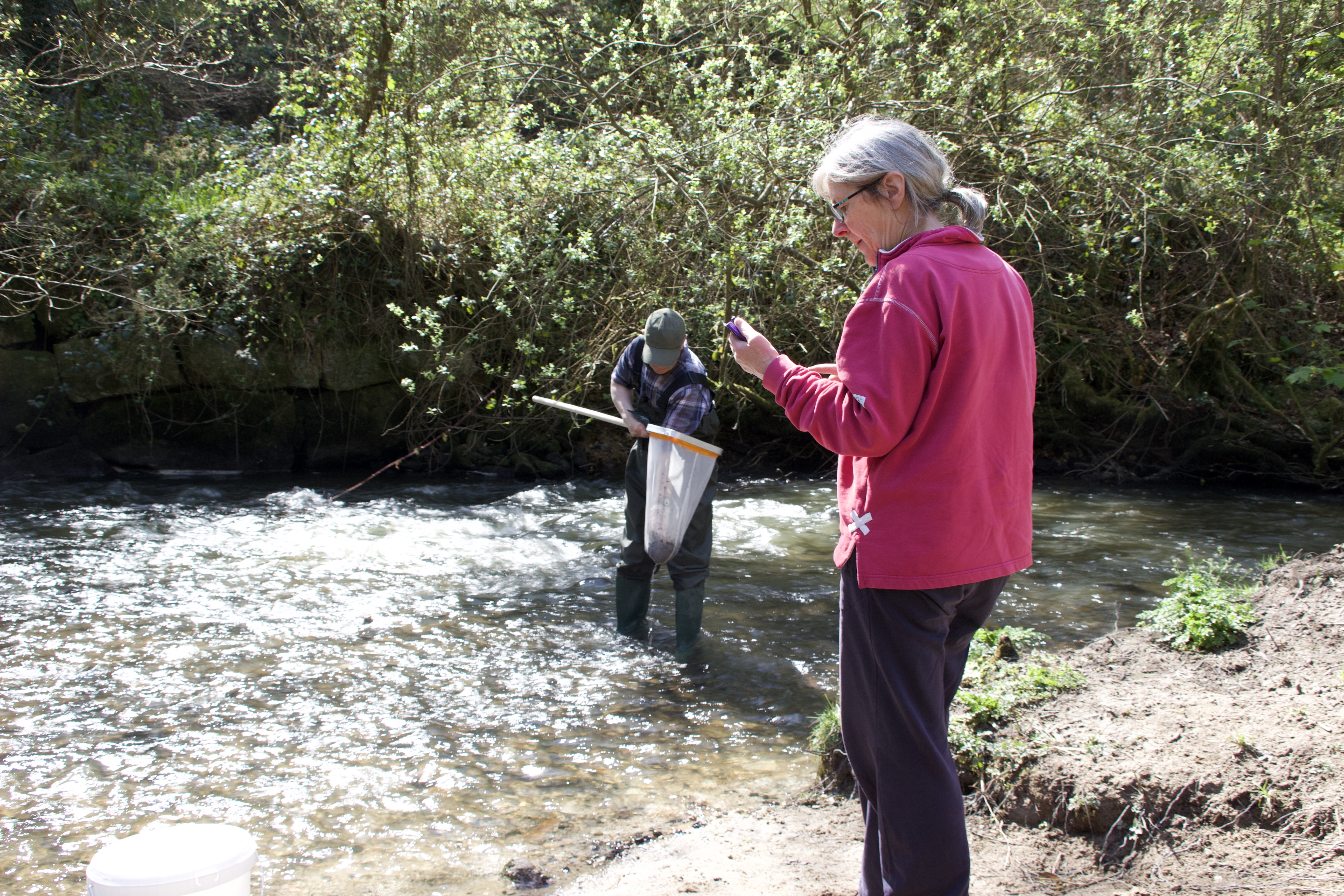 These were being collected in order to document the riverbed population of caddis flies, mayflies and other aquatic species by counting their larvae. Eventually this collection was brought to shore where the members of the group carefully sifted through the collection to separate into identifiable species.  This was aided by a rather nice piece of gear supplied by Cornwall Wildlife Trust which contained images of each of the key species below a transparent segmented collection device. 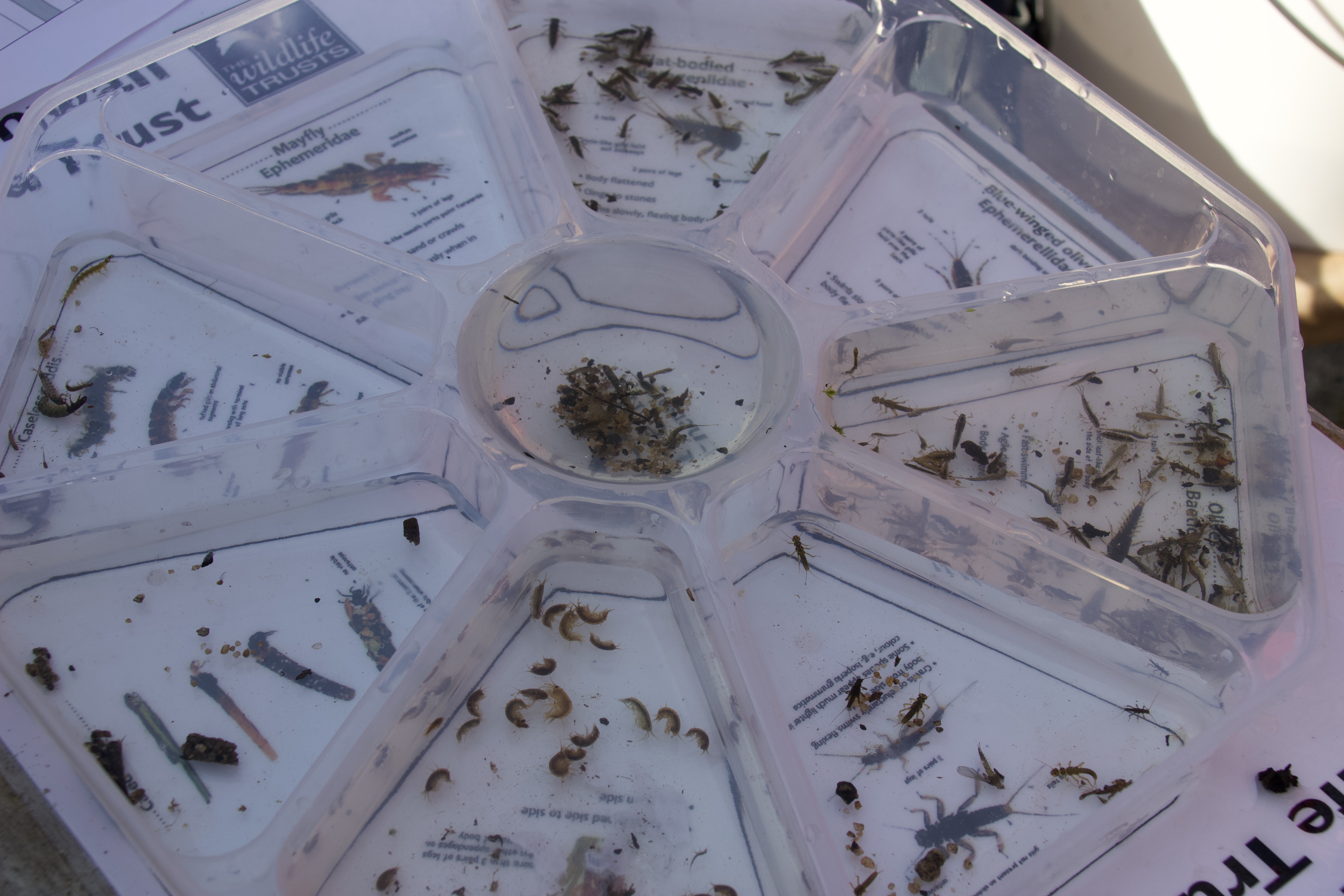 To my surprise there were a remarkable number of shrimp-like animals in the collected sample.  These were carefully isolated, identified and placed in their appropriate compartments of the analysis tray.   Several other groups of passers-by called over to see what was going on.

At the end of the process, the team has a number count for each of the species identified in this survey so they can be reported to a central database, I assume held by the Wildlife Trust. The team also monitored water temperature and Total Dissolved Solids (TDS) using a specialized instrument designed.
TDS is an indicator of how clean or polluted the water is (for more information on this look at our Citizen Science pages). This team repeats the exercise every month and in differing locations along the river to compile a picture of the river’s health.

Many thanks to David for taking the time to write this blog article. Images are by Sue Perry. We are very happy to hear about visitors' experiences in the Valley, so If you would like to submit an article or mini blog item please contact us through the website or Facebook page.